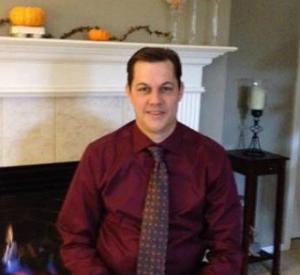 As a loving husband and father of four, Greg Oravec eagerly awaits the day that a donated kidney gives him back the energy and health to "live a normal life again."

Greg Oravec is a loving husband and a father to four children from the ages of 10 – 23. He has an infectious love of cars, motorcycles, sports and music. Greg is dedicated to both his faith and his family, two of the things getting him through his time of the kidney transplant waiting list.

In 1998, doctors told Greg that his kidney function was declining. They said he had 10-15 years of function left, but due to Greg’s dedication to living a healthy life and efforts to keep his kidneys going, they lasted for 20 years. In January 2017, he knew that the time had come. He was retaining water, he couldn’t eat, and he was nauseous most of the day. Greg went on the transplant waiting list one month later.

Greg is extremely thankful for his faith, family, and community during this time in his life. He is remaining positive and putting effort into looking for a living kidney donor.

He looks forward to living a normal life again. He will be able to have the energy to play with his kids, innovate and design enthusiastically in his position as an engineer, and give back to his community.

Greg is educating his community about living donation and what it means to be a living donor in hopes that not only will he receive a transplant, but that many other people on the waiting list could as well. “The best part of this disease is that there is a remedy – a kidney transplant.” Hopefully, for Greg, the remedy will come soon.