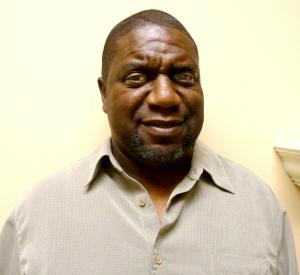 After more than 5 years on the waiting list, in October of 2016, Ordway became the 1,284th patient to receive a kidney transplant at Legacy Transplant!

“You can be somebody’s hero. And you can be a hero to their whole family,” states Ordway Lipscomb, of Pendleton, OR, when offering advice for those unsure about joining the donor registry. “I don’t know why you wouldn’t sign up. You could save a life.”

In the spring of 2011, Lipscomb became short of breath and started losing weight. Late one night, he awoke unable to breathe. Normally reluctant to visit doctors and hospitals, Lipscomb managed to drive to the ER where he learned his blood pressure was dangerously high. Additional tests revealed his kidneys were functioning at only 6 percent.

Before getting sick, Lipscomb was full of energy. He could work full time as a journeyman plumber, travel to San Diego to visit his sister, go four-wheeling with his two teenagers and work on old Mustangs and Chevelles with his boss and long-time friend Rob Merriman. Lipscomb could make plans for the future. But then there were several years of dialysis treatments, when he would often come home too exhausted to make dinner or even talk with his family.

Ordway's family and friends rallied to sustain him during those years of dialysis. They were all ecstatic when, in October of 2016, Ordway received the call to come to Legacy Good Samaritan Medical Center in Portland, to receive the generous gift of life.

Since his transplant, he has enjoyed regaining his energy and freedom. He is back to work and spending most weekends enjoying his new grandson -- a grandson he might never have met without the transplant that saved his life.  He says, "I waited 5 years, and I just about gave up on the idea that it would happen. And then it did. It's one of the greatest feelings ever. I'm the happiest person in the world!"