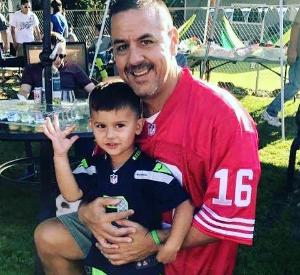 When hypertension and renal failure picked a fight with Adrian, he and his family fought back! And now, thanks to a generous donor, he's fighting for others through advocacy.

In 2012, when Adrian Miller learned that hypertension had caused him to go into renal failure, he and his family did not take this news lying down.

“We all had to be educated,” Adrian says. “As we all learned, we got a game plan together.”

The first step in the game plan was for him to join a health club to fight back against the hypertension. 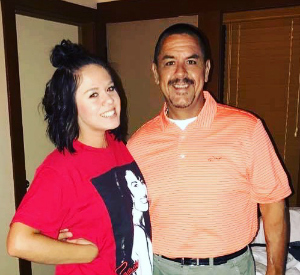 “I worked out as hard as I possibly could, every day. Even on my worst days, I was at the gym working out.” He eventually began working at the gym that he says, “helped save my life.” His biggest cheerleader was his daughter, Haley (pictured right). Adrian says, “When she would cry over what I was going through, it made me work even harder in the gym.”

The other thing that helped save his life was his kidney donor. Adrian was sitting in a dialysis treatment when the hospital called to offer him a second chance at life. He received his transplanted kidney on September 5, 2018.

Adrian’s life has changed tremendously since his transplant. He works full time at Providence St. Joseph’s Health and loves every minute of it. He has returned to coaching baseball and softball. And he has also taken on an active role advocating for kidney patients across the country. He encourages everyone to get involved in some way, because working together, more can be accomplished.