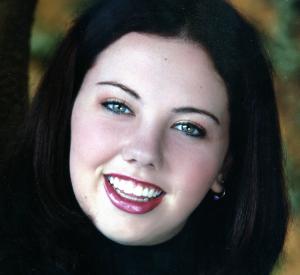 On January 26th, 2011, Jamie’s transplant coordinator called saying, "We have a new liver for you."

When Jamie Hiner was 10-years-old, her health took a turn for the worse. What was thought to be a simple case of mononucleosis turned out to be a life-changing hereditary disease. Jamie soon began to live in a bubble full of medical and lifestyle restrictions, a life no child could have been prepared to face.

She was officially diagnosed with Chronic Active Auto-Immune Hepatitis, an illness that caused her body to reject her liver as if she'd already had a transplant. For eleven years she maintained a strict regimen of anti-rejection medication, though she tried to live as normally as possible

At age 21, her health began to deteriorate rapidly. After spending a week in the hospital, her doctors decided her only chance for survival was a new liver, so they put her on the transplant waiting list.

A total of three years went by before she received her perfect match. On January 26th, 2011, Jamie’s transplant coordinator called saying, "We have a new liver for you." After a fourteen year battle against her health, all Jamie could reply was, "What does that mean?"

For Jamie, it means a chance at a normal, healthy, and long life. With so much to give to the world, her life can finally begin, thanks to the choice of one individual to register as an organ donor.

Donate Life Northwest urges people to designate themselves as a donor. Code your driver's license as donor, sign up on line at donatelifenw.org, or call 503.494.7888 or 1.800.452.1369 for a paper registry form. Please... share your decision with your family!