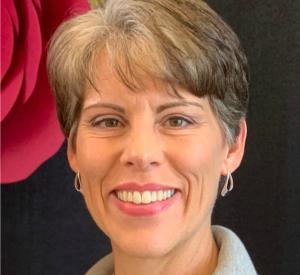 Living kidney donor, Jennifer, has a message to share: "Life is precious and life is a gift. By registering to be a donor, you're declaring your hope of being a bridge of life for someone else."

When Jennifer Kizziar learned from a coworker that his sister, who was also a coworker, desperately needed a kidney transplant, Jennifer immediately began the testing process to see if she could be a living donor. Jennifer learned that her coworker, Teri, had grown up with Juvenile Diabetes and that a previous kidney transplant from a deceased donor was failing. Teri was working at a large call center while enduring dialysis and the fatigue that accompanies it. Jennifer didn’t know Teri well, but felt strongly that she wanted to be Teri’s donor. They were both excited to learn that Jennifer was a match, and their surgeries were scheduled for May 2004.

Jennifer and Teri’s surgeries, performed in Sacramento, CA, went well. Teri’s transplant was immediately successful, and she was feeling great on that first night. But that evening, as Jennifer and Teri recovered in their shared hospital room, Teri tragically went into anaphylactic shock believed to be a reaction to a medication. Before hospital staff could intervene, Teri stopped breathing. Tragically, by the time a breathing tube was inserted, it was too late. Despite all that was done to save her, Teri was pronounced brain dead. In an astounding and miraculous turn of events, surgeons were able to recover the kidney that Jennifer had donated to Teri.

Meanwhile, a mother named Mary was on the waiting list for a deceased donor kidney. Over the years, IgA nephropathy had destroyed Mary’s kidneys. Mary’s own daughter had several major health conditions, and Mary was caring for her while also enduring dialysis three times a week. Then, the hospital called her to offer her Jennifer’s kidney. This new kidney has allowed Mary the freedom to take care of her daughter and to live a full life.

Jennifer reflects on her dramatic experience as a living kidney donor, “I went into it hoping to save and improve someone’s life. I was devastated when Teri died. But now I am able to view my transplant as a beautiful gift and see that Teri’s end of life was a bridge of life for Mary.”