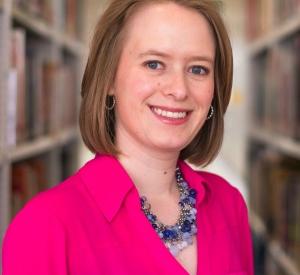 At a mere four-years-old, Katy was deemed strong and old enough for open-heart surgery. It was then that she received a pulmonary artery.

"When I was born into this world, I did not come whole," Katy Portell explains. Katy has been sharing the story of her birth and the reason for her survival since she could learn the words. On February 19, 1990, she was born one month premature. With blue skin and weighing only 3lbs 9oz, the doctors soon discovered she had two holes in her heart. Even more alarming, her heart valves were switched and her pulmonary artery was nonexistent. "To this day, I don't understand how I was even alive," she said.

On the tenth day of her life, Katy underwent her first surgery, giving her parents their first and possibly last chance to hold their newborn child. The operation was a success, and ten months later another shunt was inserted to keep her alive until she was old enough to receive a donor pulmonary artery.

At a mere four-years-old, Katy was deemed strong and old enough for open-heart surgery. It was then that she received a pulmonary artery, a tissue donation that has given her a chance at a full and healthy life.

After graduating the University of Portland with a degree in Organizational Communications in 2012, Katy spent time working with Southwest Transplant Alliance in Texas before moving to London to pursue her MA in Public Relations & Corporate Communication from Kingston University. She graduated from there in January 2018 and was immediately hired by NHS Blood & Transplant to build the first national volunteer program to promote organ donation throughout the United Kingdom.