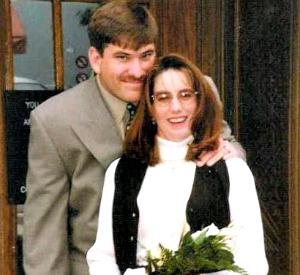 Mark went to Louisiana seeking to give to those hit by Hurricane Katrina. Despite his tragic death, Mark was still able to give the gifts of sight, health, and mobility.

Mark Phillips was a youth pastor at a church outside of Portland. In June 2006, Mark gathered a group to go to Louisiana to help in the aftermath of Hurricane Katrina. His wife, Marissa, stayed home with their 8-year-old son, David, and spoke to Mark by phone whenever he could get a cell signal.

On the morning of June 21, Marissa received a call that Mark had collapsed. CPR had been started and he had been transported to the hospital in Baton Rouge, but wasn’t responding to medical interventions. Mark had died in spite of all attempts to save him, and soon a call came from the Louisiana Organ Procurement Association (LOPA) to ask about organ and tissue donation. Through her intense grief, Marissa discussed the options with LOPA and with the rest of Mark’s family, and they made the decision to proceed with donation.

The 48 hours after Mark’s death was a whirlwind, but through it all, Marissa was impressed and comforted by LOPA, who ensured that she was okay and that Mark was treated with the dignity and respect he deserved. Mark was able to donate both corneas to give sight to two people in the Baton Rouge area. His arm and leg bones and tissue went to Walter Reed Medical Center in Washington, DC to assist military personnel who had been injured during overseas actions. Mark had been in the Air National Guard, and it was an honor to know he would be helping them.

In November 2006, Marissa visited Baton Rouge for a remembrance ceremony. She remembers, “They took me in like their own.” And back home in Oregon, herself a senior care professional, Marissa has become involved with Donate Life Northwest to donate her energy to the cause. With great fondness, she emphasizes, “LOPA and Donate Life Northwest are two amazing organizations that I am forever grateful for.”