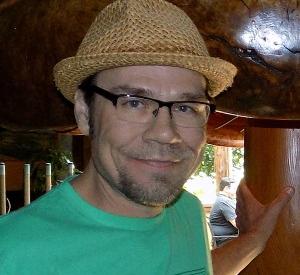 Dash Dennis has big plans for the future – work, travel, and building relationships. But first, he needs to have a kidney transplant – his third.

Dash’s health problems started when he was stricken by Hemolytic Uremic Syndrome when he was just a baby. Though he began facing kidney failure early, he was fortunately able to retain enough kidney function to delay starting dialysis until he was in his mid-20s.

Dash received his first transplant at the age of 27, after one year of dialysis. Devastatingly, after almost five years post-transplant, an infection caused that kidney to fail. He endured three weeks in the hospital and had to return to dialysis and the transplant waiting list.

Eight and a half years after returning to the waiting list, Dash received his second kidney transplant. After only a few months Dash's body began to reject this kidney. After a year and a half undergoing intensive treatments to try and reverse the rejection, Dash once again began dialysis. This was a devastating disappointment after such a long wait.

Today, Dash is waiting for his third transplant with the support of his family, friends, and Erase the Wait mentor.  As he waits for another miracle he shares, “I felt like a whole new man after my first two transplants. I want so much to be able to go back to work full time, travel again, and devote energy to finding a life partner. There are so many things I would love to do!” But life on dialysis makes those things challenging.

Like many other patients of end stage renal failure, Dash gains hope by hearing news about the development of an artificial kidney, cloning technology, and finding innovative solutions for patients like himself. He also actively promotes organ donation by encouraging others to register their decision to be an organ, eye, and tissue donor. He says, “Do it! There is no drawback, and you will potentially help so many people.”