Greysen Galbasini is a happy, healthy preschooler thanks to a generous liver donor.

Greysen was born with jaundice, which isn’t uncommon. However, when he was six weeks old, his Dad, Dale, noticed that Greysen always seemed tired and didn’t smile much. A couple of weeks later, at his two-month checkup, the pediatrician noted that he wasn’t meeting expected milestones and was underdeveloped and malnourished. A trip to a gastrointestinal (GI) specialist and blood testing determined that Greysen was suffering from a genetic liver and lung disease known as Alpha1 Antitrypsin Deficiency (A1ATD). 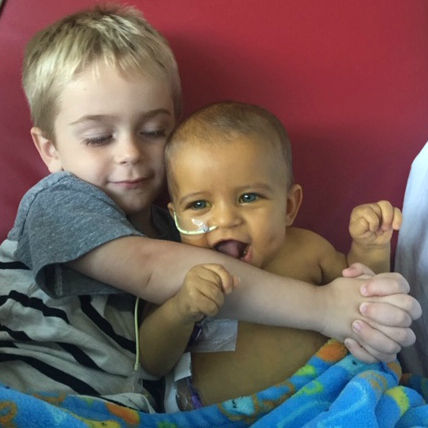 Initially, Greysen’s GI specialist felt that the symptoms could be monitored and treated with medication. However, Greysen’s pediatrician decided  to have Greysen admitted for observation at Randall Children’s Hospital in Portland, where it was determined that he should be transferred to Seattle Children’s Hospital to prepare for an eventual liver transplant.

The team of doctors and nurses that cared for Greysen at Seattle Children’s were amazing and supported the Galbasinis every step of the way, but his health continued to decline. His liver was failing, and fluids were building up in his little body. Before long, he was moved into the ICU and placed on 1A status for liver transplant. The team worked feverishly to find the quickest remedy possible, including rushing the testing of a potential living donor (a cousin), and considering life-flighting Greysen to Stanford.

On August 23, 2016, the transplant team woke the Galbasinis at 7 AM to let them know there was a potential match from a deceased donor. Greysen was desperately ill that morning and was declining quickly. His parents agreed to allow him to be put into a medically induced coma to keep him stable until transplant surgery could begin. 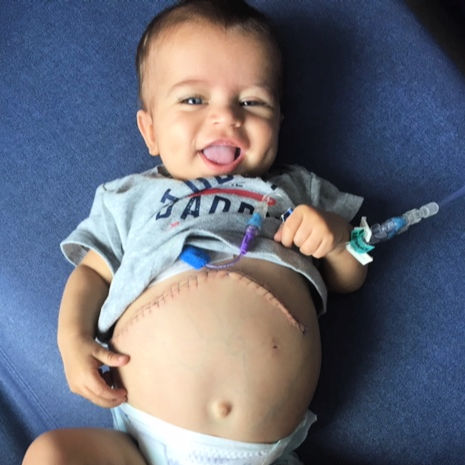 During the early morning hours of August 24, Greysen was finally rushed into transplant surgery. It was an immediate success His mother, Stefanie says, “Greysen came out looking like a whole new kid. His skin was a different color, his swelling was down. He was perfect. He was beautiful.”

Greysen may be small, but he inspires his family and friends in a huge way. Since transplant, he hasn’t had any complications or setbacks. His mom describes him as “happy and healthy” and says, “he lives his life to the fullest.” He’s an enthusiastic preschooler. He knows his scar is from a liver transplant and proudly shows his scar and tells his story to anyone who asks. And to the great pleasure of his doctors, when asked what he wants to be when he grows up, Greysen answers, “a liver doctor!”

Greysen’s mother, Stefanie, shares a special message: “Please sign up! If it wasn’t for a donor, my son wouldn’t be here today…. When you donate life, you are someone’s hero. We can’t change when or how we will pass, but saving someone’s life is within our control.”