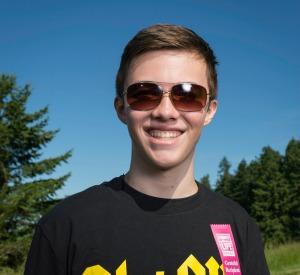 Justice's transplant was a gift of hope. We are lucky that Justice is able to play, grow, learn, and love. Everyone should have that chance.

Justice was Alex and Sheryl Williams’ first child, and so when Justice arrived in the world, everything about him was new and amazing to them – and also, worrisome. Especially the symptoms Alex and Sheryl found odd – like jaundice. Their pediatrician insisted that their baby was healthy, but soon, it became clear that something was going on with Baby Justice. After a series of tests, they had a diagnosis: biliary atresia.

Baby Justice and his parents faced a fight for life. The little boy was small and weak with yellow-green jaundiced skin. And he was only four months old when doctors added him to the transplant waiting list for a liver.

The list was long and Justice’s health was deteriorating rapidly when the family learned that Sheryl’s best friend, Charity, was a compatible living donor. Charity gave a portion of her liver to tiny Justice and saved his life.

Today, Justice is a healthy, active teenager who can often be found assisting with Donate Life Northwest events – always with a smile on his face. Justice is grateful for the gift of life he received, and never hesitates to share his story and encourage others to give the gift of life.