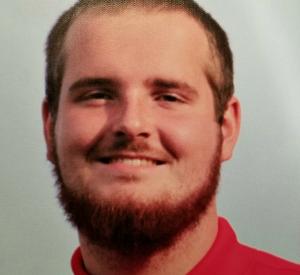 Nick's bright future came to a tragic and sudden end during a car crash when he was only 18. Through cornea and tissue donation, he enhanced the futures of 52 recipients.

A 2017 graduate of Centennial High School in Gresham, Oregon, Nick Lyngheim had been recruited to Western Oregon University in Monmouth as a lineman for the Wolves football team. But beyond that achievement, Nick was known as a young man of great character and responsibility. He was a three sport athlete (football, basketball, and wrestling) who coached younger kids at the “little eagles” football camp in his spare time and had scored in the top 15% in the nation on his SAT test. Those who knew Nick knew that he lived by the motto, “Stand up for what you believe in.” They had watched him live that out as he actively volunteered for several organizations and when he joined a group of young men from his football team who spoke out publicly against sexual assault.

In September 2017, during the fall of what would have been his freshman year of college, Nick was a passenger in a car accident with two friends and former teammates. At 11:11 PM that Thursday night, Nick was pronounced dead. His mother, Mary, a nurse, in her moments of unimaginable grief and loss, asked staff at Oregon Health & Science University (OHSU) if her son might be able to be a donor even though he wasn’t registered. The staff explained that Nick wasn’t medically eligible to be an organ donor, but tissue donation was still possible.

“I can’t tell you how proud I was as they were going through the checklist,” Mary says. Her son was “super healthy,” and was determined “perfect” for tissue donation. During his life, Nick had been a generous and regular blood donor. After his death, he helped 52 people through the tissue donation of his corneas, veins, bones, and nerves.

Nick’s mother and two sisters continue to be inspired and to inspire others through his legacy. Nick’s older sister, now a teacher at Centennial High School, shares her brother’s story and the importance of being a donor with her students. Mary has gotten involved with Donate Life Northwest. Her experience also motivated her to go through training to volunteer with the Trauma Intervention Program so she can help other families who have been in trauma situations and suddenly lost a loved one.

As Mary continues to honor her son through sharing his story, she has one final, overarching message: “Do anything you can to help others, and donation is a wonderful way to help others when you’re gone.”