After being shot and nearly losing an eye, Robby has a lot of reason to be angry or bitter. Instead, this cornea recipient lives his life with an attitude of gratitude, forgiveness, and perseverance.

When Robby Holmes was 19 years old, he was the victim of an unprovoked shooting while driving down a road in his small town in Iowa. A high-powered BB entered Robby’s eye, ricocheted in his head, and embedded itself in his temple. Over a 27-day hospitalization, doctors reconstructed Robby’s eye, miraculously saving the eye and reattaching the optic nerve and retinal buckle, and repairing the iris. In a little over a year’s time, Robby’s vision began to return.

Over the years, Robby has endured numerous surgeries. In 1993, he had his first cornea transplant and an artificial lens implant by Dr. Robert Bullington in Phoenix, Arizona. In 2012, he had his second cornea transplant using tissue donated by Lions VisionGift, by Dr. Kerry Hagen in Portland, Oregon, as well as a glaucoma tube implant by Dr. Steven Mansburger at Devers Eye Institute. 2015 brought his third cornea transplant, this time by Dr. Michael Straiko at Devers. And in August of 2019, Robby will have his fourth cornea transplant, a second lens implant, and thanks to the help of Lions Sight and Hearing, he will also have a Custom Flex hand-painted iris implanted.

Robby’s experience has affected him deeply in more ways than just his sight. The 19-year-old man who shot Robby was convicted of terrorism, and over the years, Robby has been able to forgive him, corresponding with him and eventually meeting him to express his forgiveness. Robby says, “I believe that the forgiveness was the key that really gave me access to the deeper gifts and blessings that came through this one tragic event.” 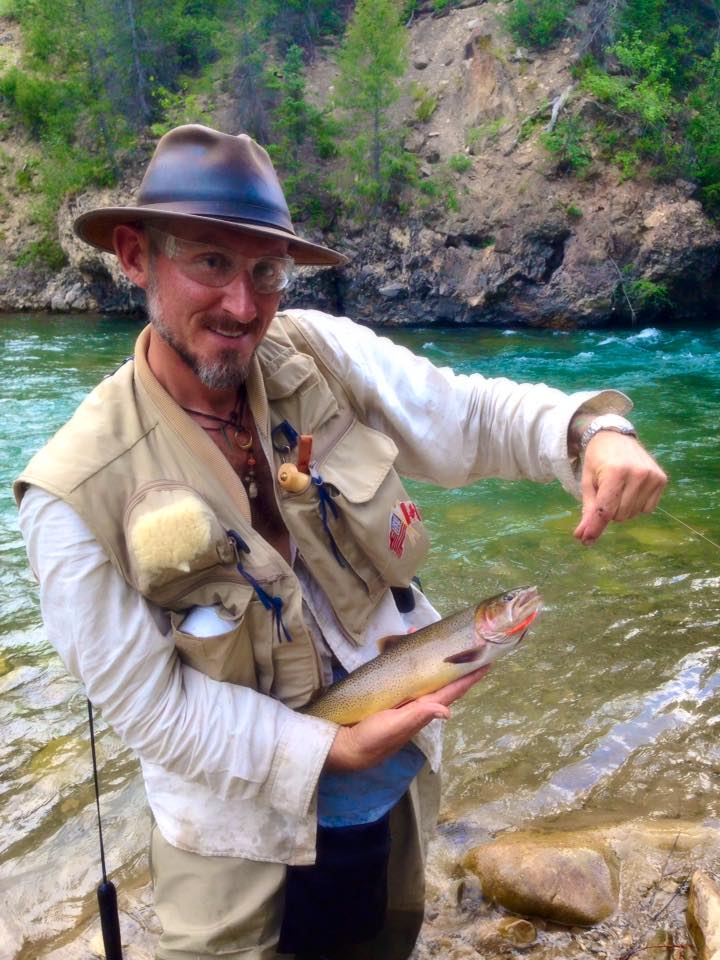 Through forgiveness and perseverance, through the skilled hands of surgeons, and through the generous cornea donations of his donors, Robby is continuing to lead a very active life. An Eagle Scout, Robby has always enjoyed the outdoors. He spends as much as six months of the year out in the forest and is a self-employed contractor through the US Forest Service and the Oregon Department of Forestry. Robby is also an inspirational speaker, a philanthropist, a community organizer, and is working on his memoir, Shot by Fate. He plans to travel the world sharing his message of inspiration and hope, bearing witness to how one can rise above anything they face and find goodness and hidden gifts in the process. Robby explains, “I have been given an opportunity. Continuing my life with all possibilities, I choose goodness and gratitude. Possessing tissues or organs donated from another is the ultimate gift. Without my donors, my life would not be the same. I owe them to be the very best I can be, honoring the gifts they have given.”